Biden to call for government intervention for freight

In an executive order to be handed down as early as next week, the Biden administration plans to call for government intervention into several supply chain sectors, the Wall Street Journal reports.

This decision comes after many months of sky high rates, port congestion, and weeks of cargo delays that have put excessive pressure on US shippers and consumers. Exporters, in particular, have been looking to regulators for help as carriers pass up their cargo in their haste to get empty containers back to China for much more lucrative Chinese exports.

Importers have also suffered due to unheard of rates for ocean shipping, sometimes paying up to $20,000 to move one container from Asia to the United States. While the majority of the cause behind these rates can be explained by market factors (low pre-pandemic demand resulting in less capacity and unprecedented e-commerce spending), Federal Maritime Commission (FMC) Chairman Daniel Maffei, attributes at least some of the issue to lack of competition among ocean carriers, according to Freight Waves.

Exporters and importers alike have also been subject to massive fees for failing to move their container out of terminals. However, the delays that result in these fees, known as demurrage and detention fees, are often caused by factors that are beyond the shippers’ control.

To address these and other perceived oversteps, the executive order encompasses a number of limits to big business as the Biden administration attempts to encourage competitiveness and decrease rising consumer costs.

For the logistics industry, the order is aimed at the FMC as well as the Surface Transportation Board (STB) and urges them to partner with the Department of Justice to crack down on unjust rates, fees, and perceived anti-competitive conduct throughout the industry.

According to the Biden administration, the relatively small number of players in both the rail and ocean shipping industries has contributed to companies charging unreasonable fees.

For the railroad industry, consolidation has resulted in single railroads with monopoly power over sections of the country where they hold the only freight tracks. To combat this, the Biden administration will encourage the STB to take up the proposed rule of reciprocal or competitive switching, described in the Wall Street Journal as “the practice whereby shippers served by a single railroad can request bids from a nearby competing railroad if service is available.”

If this rule were enacted, competitive railroads could pay the monopoly railroad a fee for access to their tracks and property, allowing them to win a shipper’s business by offering a competitive price.

However, this switch would make for a potential conflict with the Association of American Railroads, who claim that the railroad industry remains competitive and such a rule would put railroads at a disadvantage as it would undermine the market-driven principle that has sustained the industry so far.

On the ocean side, the three major carrier alliances control 80% of the shipping market. This dominance, the White House claims, has allowed the companies to extract higher rates from American exporters and place undue fees on importers.

In response to this, the executive order will ask the FMC to take action to protect American shippers from such high fees. In addition, the administration asks the commission to work with the Justice Department to enforce their actions.

Unfortunately, according to the FMC chairman, Maffei, the commission’s abilities are limited as they cannot block mergers or control pricing. If the rates are market-based, the commission is powerless. Maffei indicated that without Congress affording the commission greater regulatory powers, their only move is to make sure the alliances are not attempting to purposely “limit capacity in the water.”

The bottom line, then, is that while there may be market manipulation or at the very least opportunism at play in the current freight market, the most pressing issue of simple supply and demand cannot be fixed by regulators. Shippers, for the most part, will need to weather the storm.

Looking for help navigating today’s crazy market? Contact one of our experts today!

Freight Right now offers quality control and production visibility thanks to our most recent alliance. 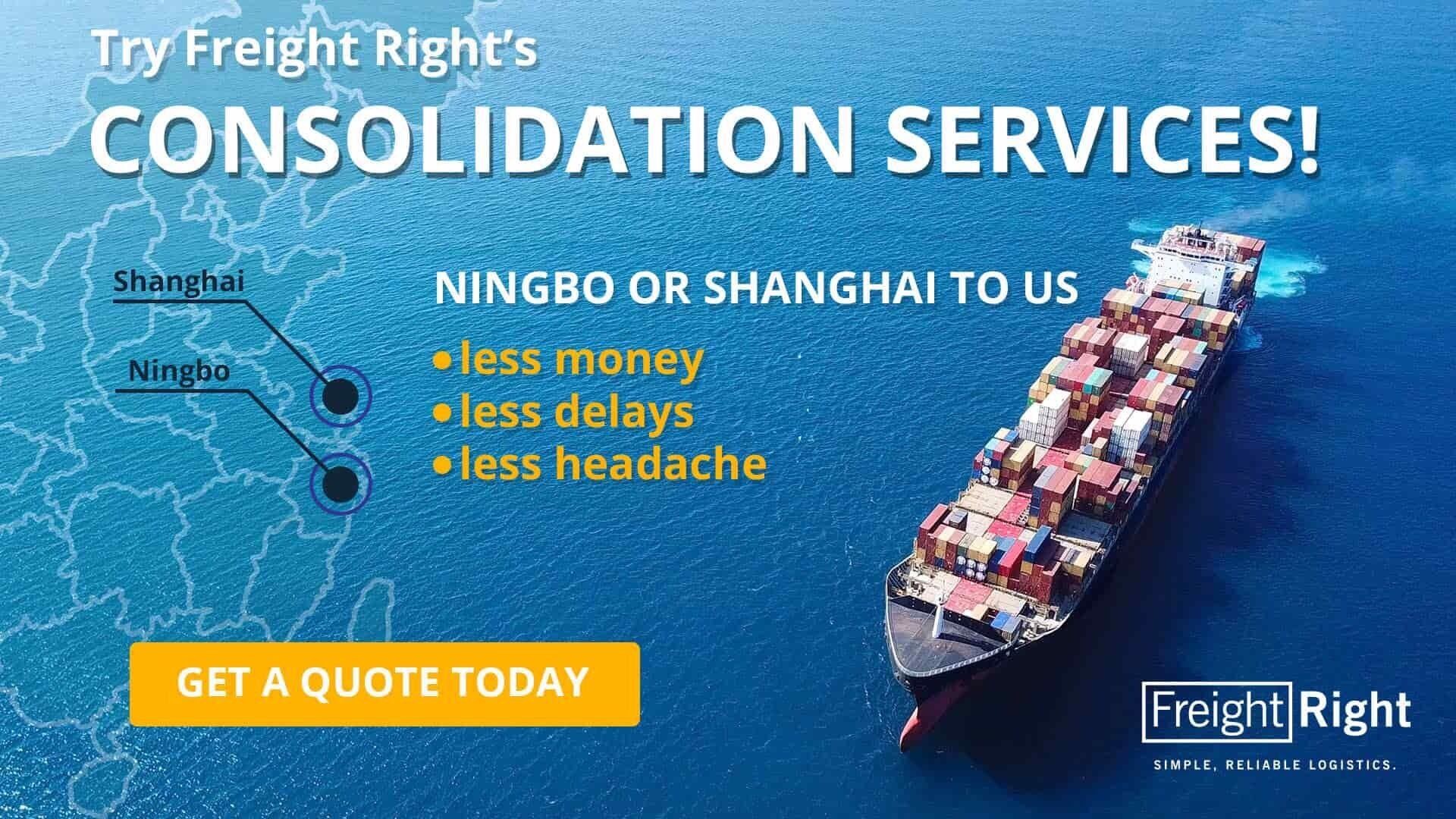 Shippers looking to move containerized goods are likely to run into equipment shortages trying to export from China and East Asia.