In a report released in July of 2020, the World Shipping Council (WSC) indicated that despite the widespread international coverage of ship fires and capsizes, relatively few containers are actually lost in a given year.

In fact, Freight Waves reported, an average of 1,383 containers went overboard between 2008 and 2019, a number that represents only .0006% of the 226 million containers shipped every year.

However, in just two months, between Nov. 30 and Jan. 31, more than 2,675 containers were lost through a total of 5 incidents. That means that almost double the average amount of containers was lost in the span of two months, and this doesn’t even include losses incurred in February, including the Maersk Eindhoven, which lost an unknown number of containers overboard mid-February, according to Freight Waves.

Why are ships losing so many more containers?

There are a variety of factors and causes that go into ships losing containers. The biggest, most unavoidable culprit is weather. Large ocean storms can cause containers to fall overboard, become dislodged, or collapse. In extreme cases storms can cause a major event such as a capsize or engine failure.

This danger is not to be underestimated by shippers or carriers, just look at the case of the ONE Apus, which lost nearly 2,000 containers after sailing into a severe storm last November. The Apus loss is expected to amount to $200 million in losses.

In addition to weather, the next biggest threat to containers en route is human error, such as bad stowage, improper supervision and handling, and shipper related issues.

Containers are stowed on ships in stacks, and individual ships carry directions for how to stack in a Container Securing Manual or CSM. If stack or weight limits in the CSM are ignored it can lead to the collapse of a container stack which can result in broken containers and lost cargo.

Another element to securing containers, particularly on the newer larger ships, is lashing. However, by nature of the sheer size of these ships, it can be difficult for crews to achieve the proper lashing arrangement, leaving some containers vulnerable to falling overboard.

Sometimes, containers are lost not because of weather or crew mistakes, but the shipper themselves. If a shipper misreports the weight of goods or if a container is packed inadequately the un-accounted for weight can result in a container collapse.

While those are the common causes of general container loss, why the higher concentration in the last three months? Well, in years that are not “unprecedented” ocean shipping volumes tend to wind down after peak season with a small climb right before Chinese New Year. This means that during the worst of the winter months there are less containers on the water.

Thus, some experts are calling the current conditions a “perfect storm” for container loss. While this may be true, it is possible that standards of container safety have not kept up with the massive growth of the past 6 months and this high volume of container loss could become another “new normal” if steps aren’t taken.

What happens when cargo goes overboard.

Apart from the obvious economic impact of losing containers, there is also a potential environmental impact, and the extent of it is not even known.

In the case of the ONE Apus, at least 65 of the containers lost to the sea contained hazardous goods like batteries and electronics. Items like that can do untold harm to ocean ecosystems as well as introduce additional plastic and other non-biodegradable substances.

Additionally, while most containers sink rapidly, some have been known to stay afloat for days or even weeks. During this period of time, partly submerged containers pose a significant risk to yachts, fishing boats, and other smaller ocean-going vessels. Since these containers are hard to see in the water, the risk of collision is actually quite high. If a collision occurs, stricken boats have to be salvaged and in some instances these boats end up sinking.

Of course, one of the most significant impacts of container loss is financial, with individual shippers, carriers, and corporations incurring millions in losses as well as being subject to long delays, insurance dilemmas, and inventory issues.

When ships do have an incident it can be months before even unharmed cargo is released as damages are assessed. For example, the Maersk Essen was in Mexico for over a month following a “rough sea encounter,” that resulted in the loss of 750 containers. It is set to finally berth in LA this week, despite being scheduled to arrive there in early February.

In the case of the ONE Apus, which ran into trouble at the end of November, of the 14,052 TEU’s on board the vessel, only 943 containers had been unloaded as of the third week of February.

Protecting yourself against container loss.

In the event of a large container loss, even if your goods survive, you will not have access to them for weeks if not months. So, have a plan in place: prioritize supply chain redundancies. Having backup suppliers and routes can be a lifesaver if your cargo is stuck on a ship or the wrong port. While there isn’t much you can do about these losses, you can at least protect your inventory levels.

For a shipper, the only real defense against container loss is insurance. There is no way to avoid the possibility of loss and the best way to deal with it is to assume it will happen to you and prepare accordingly.

Make sure your insurance covers anywhere in the world. Some policies only cover certain geographic areas. With the current situation of port congestion, rerouting is a popular solution for many carriers, so don’t be surprised when your cargo moves out of your area of coverage.

Overall, cargo insurance costs a very low percentage of the value of your goods, but not having it could be an extremely costly mistake.

Want to know more about cargo insurance? Talk to one of our experts to make sure your goods are covered. 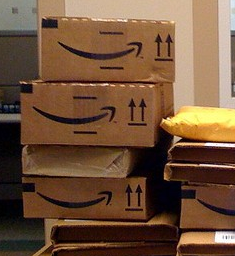 With the spread of the coronavirus, Amazon sellers are running out of Chinese goods to sell. 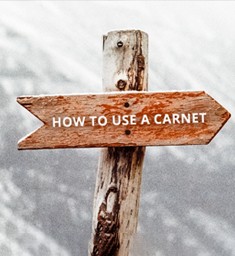 A step by step guide: How to use a Carnet

It has been established: ATA Carnets make the import/export experience of non-commercial goods so much easier, however, the usage of this document, has its own complications and concerns. Many Carnet holders often show concern about when to use each part ... 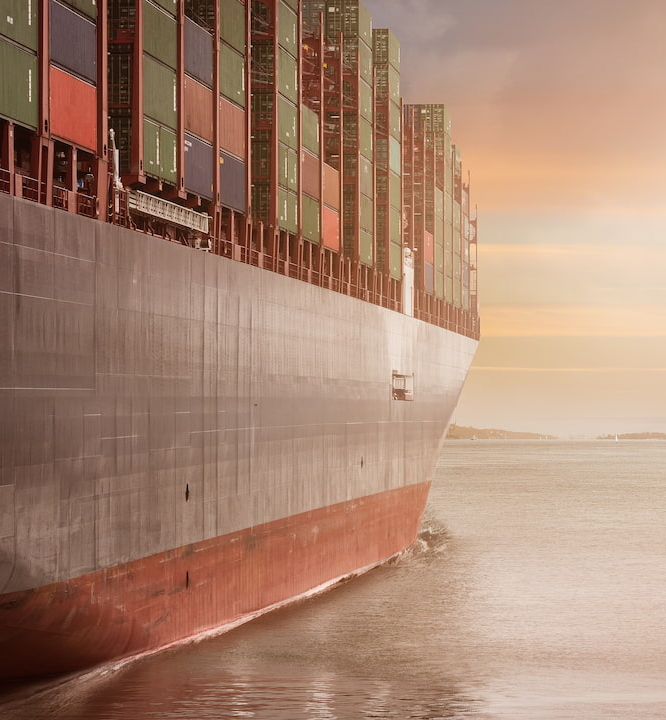 Experts are not expecting shipping volumes to come down anytime soon. Should you shift to air freight?