Freight Right is the only resource you need to make ATA Carnet shipments worldwide.

Widely known as "merchandise passports" or "passports for goods", ATA Carnets are easily-obtained international customs documents used to temporarily import and export merchandise and clear customs in over 100 territories and countries worldwide.

An ATA Carnet holder gets the privilege of not having to pay import taxes or duties on the merchandise in question, with the condition that this merchandise will be re-exported in a 12-month period. Some countries, like Mexico and India, have this provision set at 6 months.

The types of goods imported under an ATA Carnet are mainly items such as commercial samples or professional equipment, including:

Each country holds its own special rules and considerations. Mexico, for example, requires a Spanish translation for the general list of contents within shipments. India requires a 55% security deposit of the value of imported goods, along with Brazil at 60%. In China, customs brokers must contact Carnet guaranteeing associations to electronically register shipment data before making import declarations to Chinese customs, and also require a local translation for the list of contents.

All ATA Carnet member countries have domestic associations approved by the World Chambers Federation (WCF) of the International Chamber of Commerce (ICC) to issue ATA Carnets. This means that the ATA Carnet issuing body will vary depending on the country of export.

What is an ATA Carnet?

ATA Carnet is an internationally-used customs document that operates much like passports and serves as a guarantee for signatory countries against the payment of customs duties.

What does an ATA Carnet document contain?

An ATA Carnet document contains general and specific information about the Carnet.

***ATA Carnets issued in the United States do not include yellow export or re-import vouchers.

Each sheet consists of two parts:

How long is an ATA Carnet valid for?

Products listed on a Carnet can be imported from and exported into participating countries and territories for a one-year period from the date of issuance for as many times as needed.

Can I extend the expiration of an ATA Carnet?

Yes. The Carnet holder can apply for an extension or “Replacement Carnet,” increasing the 12-month limit. To obtain a replacement Carnet, the holder must apply before the expiration date of the original Carnet and must wait for its approval by the foreign Customs administration. It is also important to note that replacement Carnets are not accepted in all ATA Carnet issuing countries.

What types of goods can I enter under the ATA Carnet?

An ATA Carnet covers three general categories of imported/exported goods; commercial samples, professional equipment, exhibitions, and fairs. However, not all participating countries accept the temporary importation of these categories.

For example, the United States allows for the temporary importation of commercial samples, professional equipment, and some advertising materials.

Some examples of goods that can be listed on an ATA Carnet are:

The types of goods not to enter on an ATA Carnet:

You cannot enter any merchandise that is not covered in the three general categories of imported/exported goods for ATA Carnet. The three categories are commercial samples, professional equipment, and exhibitions, and fairs.

What happens when the entered goods are not re-exported?

If a Carnet holder sells, donates, or disposes of any of the goods listed on a Carnet before getting the chance to re-export them, the National Guaranteeing Association (NGA) becomes liable for paying 110% of the import duties and taxes imposed by the country’s customs. In turn, the NGA will attempt to collect this money from the violating Carnet-holder. If this happens in the United States, an additional penalty will be assessed if the U.S. Customs and Border Protection (CBP) authority can prove that any type of fraud was involved during the importation/transportation process.

What if my ATA Carnet has expired?

If the expired ATA Carnet was issued in the US, there will be no duties or penalties assessed by U.S. Customs upon re-entry. However, foreign governments assess penalties if the Carnet expires before the goods are re-exported. If the Carnet was issued in a foreign country but is in the U.S. before being re-exportation, then the liquidated damages will be assessed by U.S. Customs.

The best part about using Freight Right’s ATA Carnet services is that you’re trusting your freight-forwarding and customs clearance to one operational body. Our in-house customs brokers will handle the filing and processing of your ATA Carnet packages for goods going to and from most major US ports of entry. They will hand-deliver the package to US Customs for examination and clearance, with a quick turnaround time of 24-36 hours.

ATA Carnets can be used in these following territories and countries. Note: Some of these countries may have additional requirements or limitations to their ATA Carnet packages.

While an ATA Carnet doesn’t cover every country in the world, it is known as the most powerful document that simplifies the temporary importation of goods into participating countries.

The Temporary Importation Bond (TIB) is an important alternative to an ATA Carnet, but it usually takes longer to obtain due to its extensive complicated process. Foreign Importers who want to use a TIB to temporarily import goods into the U.S. are mandated to provide extensive information in regards to their imports and file multiple forms with U.S. Customs and Border Protection. Oftentimes, the complicated process leads the importer to hire a licensed customs broker to do the TIB paperwork for them. In addition to that, they must purchase a reliable bond from a licensed surety firm.

Alternatively, the importer can choose to leave the passenger terminal and go to the Cargo Entry Branch Office to complete the process with the personnel there. Nonetheless, the ATA Carnet is a much simpler process, and it doesn’t require paperwork other than the Carnet itself.

Have a trade show coming up in a foreign country? Interested in obtaining an ATA Carnet? Confused about where to start?

If you said yes to any one of those questions, then know that Freight Right is the only resource you need to make ATA Carnet shipments worldwide.

Our experienced and knowledgeable team specialized in handling ATA Carnet shipments can help you by: 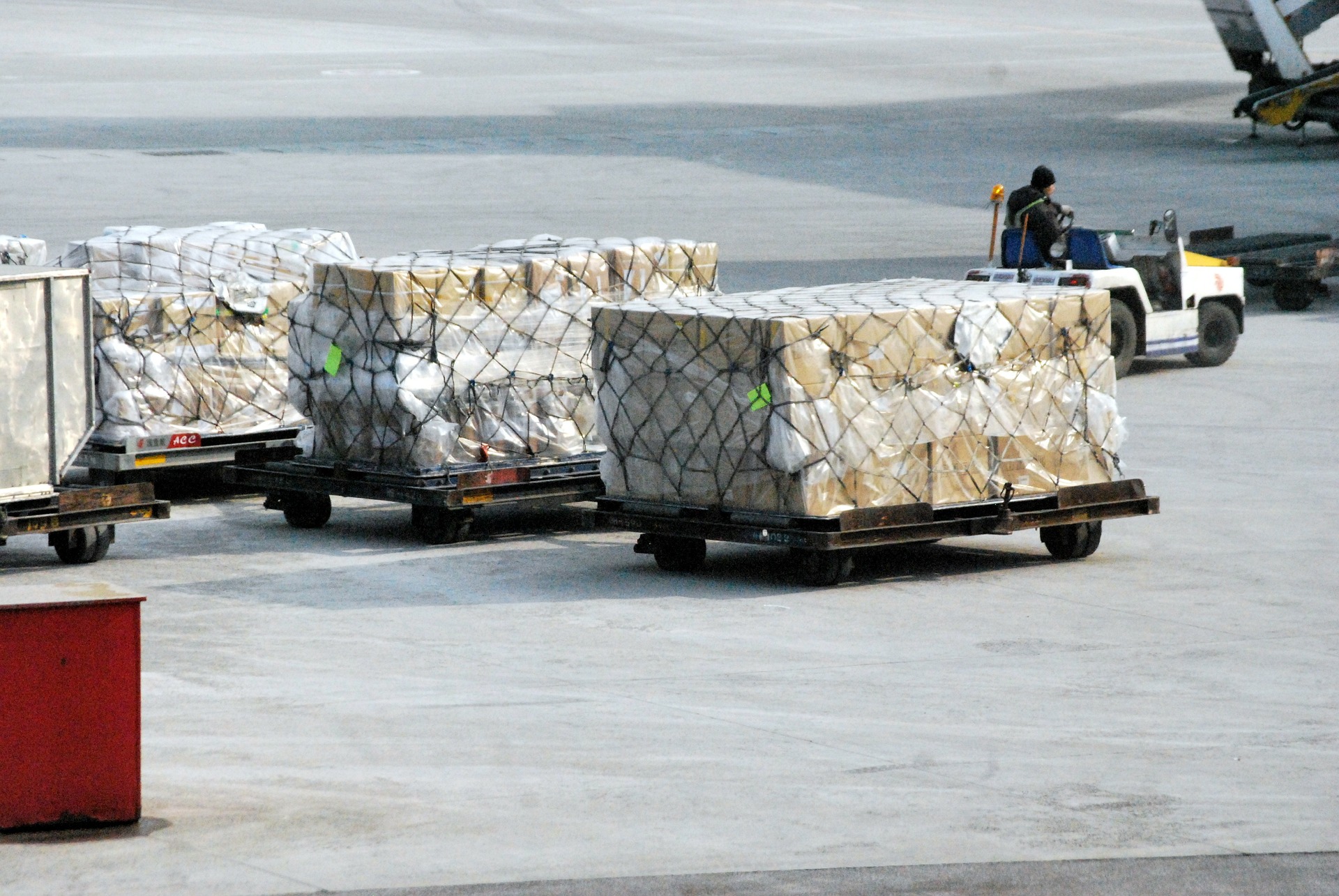 Move your freight off the ground with Freight Right’s top-tier air freight services.

The World Chambers of Federation (WCF) of the ICC launched the first stage of a pilot project, aimed at digitalizing the ATA Carnet processing.
OCTOBER 20 2019

App Gets Activated in Zurich

The app was digitally activated by customs authorities at the Swiss airport in Zurich to complete an export process into Canada. This transaction was followed by yet another digital deal of exportation.
NOVEMBER 1 2019

The goods returned or re-imported to Zurich from Canada, where the ATA Carnet App was put to the test once more. The process ended successfully.
MAY 2020

The real testing phase will continue through May of 2020, with the participation of piloting countries like Belgium, China, Russia, Switzerland, the United Kingdom, and the United States.
✕